The Role of Nutrition in Athletic Performance 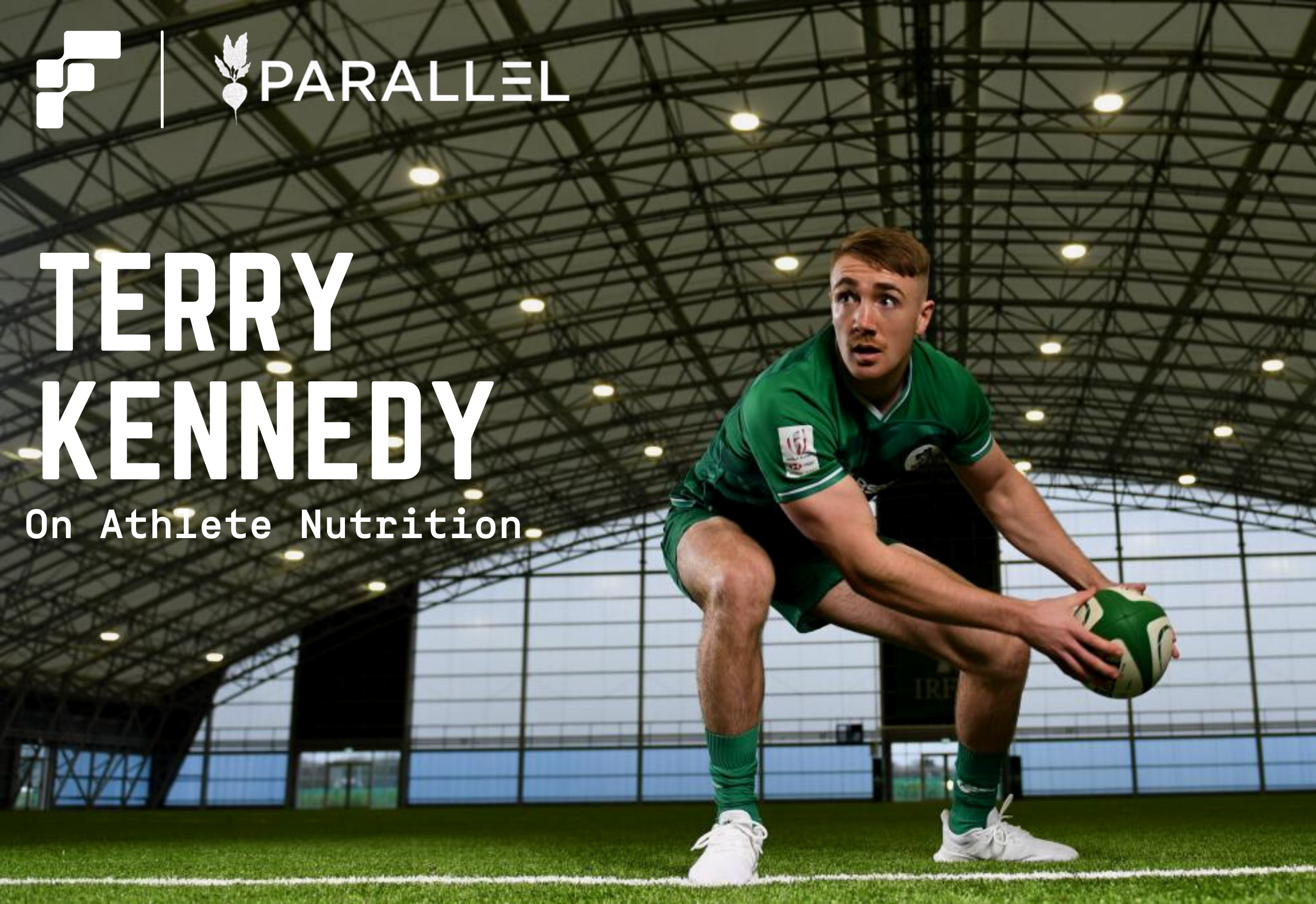 When participating in athletics professionally, nutrition becomes a priority in order to improve energy and overall performance. In general, athletes require a diet of sufficient calories combined with certain nutrients to help maintain strength while also helping their recovery process post-competition. Additionally, meal timing is particularly important when on a tight schedule of training and participating in various competitions.

We had a discussion with one of our Frontier athletes Terry Kennedy to discuss his habits surrounding nutrition being an elite rugby athlete. Terry recently made history by competing for Ireland in the Olympics as part of the 7’s team and is a current Ireland 7’s international about to compete in the HSBC Rugby 7s World Series.

“I generally eat somewhere between 5 and 6 meals a day. In the morning if training is early I’d probably have something small beforehand. If it’s a little bit later I’d make some eggs, toast and avocado and have that. Then I’d normally have maybe three main meals as such. Anything from your chicken curry, Bolognese, chicken and potatoes, to stir- fries, anything like that basically. Then I’d probably have another one or two meals that might consist of a bowl of oats, granola or a smoothie. So that would generally be my day. Kind of five or six decent sized meals spread out fairly evenly throughout the day.”

“Pre-game I would generally try and have things that are light on the stomach. So in the morning before a match I’d stick to things like say pancakes or french toast, some oats, some cereal or maybe a banana. I try and go quite carb heavy and just things that I can digest easily and I know wont be sitting in my stomach. Then closer to the game there’d be energy gels, sweets, bananas, those sort of things. After the games, again it depends on how long we have between matches. If it was a quick turn around I wouldn’t be eating too much. We have recovery shakes which are decent because they get you a good amount of protein and carbs and they’re in liquid form so they’re pretty easy to digest. Generally I’d just stick to quick carbs as much as I could and things that are easy to digest.”

“With 7s we could have three matches in one day so you don’t want to be having a massive meal if you’re playing in an hour and a halfs time. In general, on normal training days at the end of the day or after training I’d have a big meal. Anything kind of, meats and carbs and a bit of veg, that sort of thing. But yeah, just on match days we’d stick to lighter stuff. That’d be me personally, some of the lads do differently. It’s all down to personal preference there.”

“When we were over there, obviously it’s different than eating at home because it’s different foods and different eating in hotels. But over there in the Olympic village there were so many options. You could literally eat exactly what you wanted to eat. Sometimes you did try new things but coming up towards the matches you kind of stuck to what you knew was good for you and what sat well with your body. So no, didn’t eat a whole lot differently. Obviously when you’re coming up to matches and in general, at any world series events or tournaments, you probably up the carbs and lower the fats the day before and that’s about it. Then on game day a lot of it is just about getting simple carbs into you that you can digest easily and that you’re not worried will upset your stomach or sit too heavy for your matches.”

“I think I’ve learned a hell of a lot because you kind of take for granted that you’re in a professional environment where you have a full-time nutritionist there to constantly give you info on your nutrition. It’s only then when you chat to people outside the bubble of a professional environment that you realise probably quite how much you do know about nutrition compared to the average person anyway. It’s great because I think once you’re in the environment for a while anyway you start to learn about how your body reacts to certain things and what’s good for you mightn’t be good for other people. But once you have the base knowledge of what sort of foods you need and to make sure you’re getting the energy in for your training and stuff, then you can sort of make informed decisions around nutrition.”

“I would be big into a Chinese or an Indian. Anything curry wise I’d be all over. Actually, more so Indian, Indian would be my favourite.”

Terry has recently started a relationship with Parallel Nutrition based in Dublin. Parallel specialises in preparing high quality, nutritional meals and delivering them to subscribers weekly.

“I think Parallel have been great and it’s huge for me because I’m both training professionally then coming home and working in the afternoons so it’s a real lifesaver for me having that food already prepared and you know it’s good quality. Full whole ingredients, good quality food, has all the macros and calories on it. You just know what you’re getting so it makes life a hell of a lot easier for me when I’m on such a busy schedule. It’s just great for when you just have 10 to 15 minutes in between things where you’re in a rush. You have the food already there, you throw it in the microwave and it’s there for you to eat. So it has been a lifesaver for me and it helps me out massively.”

“Yeah, the baked oats are really good, they’ve done a few variations of that – blueberry, rasberry and almond one which I had earlier. So they’re really nice and then even your standard chia and overnight oats pots are handy for breakfast in the morning. Then as far as the main meals go they did a Szechuan chicken last week, and Bolognese there which I had yesterday.”

“I think the great thing about it is you know what the quality is so you don’t have to worry about that and as I said, they have the calories and macros if you are interested in that too. It takes a lot of pressure off yourself in terms of coming off training and having to make meals, you have them ready to go and you know exactly what you’re getting into. I’d fully recommend it to anyone who has any sort of busy schedule or wants to take out the workload of having to make their food constantly when they’re working a 9 to 5 or if they’re training in the evening.”

Parallel specialises in preparing high quality, nutritional meals and delivering them to subscribers weekly. Subscribers of this meal service can go onto their website, order their preferred meals, and then get them delivered to their door. Parallel offers customers a great solution for people with a busy lifestyle, who still want healthy & high-quality food. Parallel advertises the use of fresh and healthy produce which is locally sourced and high quality. Visit www.parallelnutrition.ie to subscribe!