The Importance of a Good Mental Headspace in Professional Golf 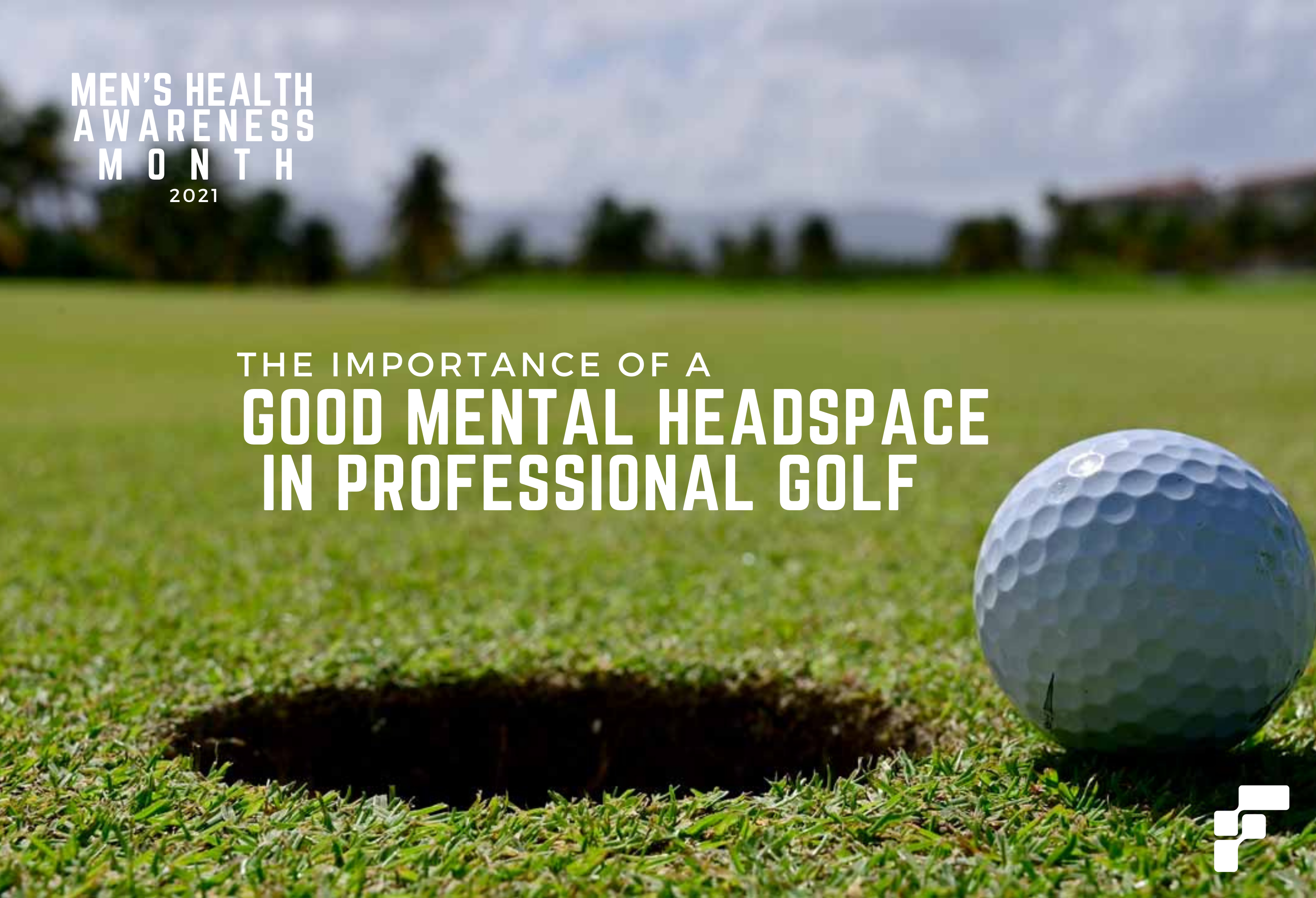 This article is to continue our series on men’s health awareness month. As we discussed the mental challenges players face in professional rugby last week, there are also ones that can be accounted for in the world of professional golf.

Generally, golf is considered to be one of the most mentally challenging sports in the world. PledgeSports ranked golf as number four in the top five most mentally challenging sports. There are a considerable number of factors as to why this is the case, including the individual responsibility of the player, performance ranking systems during tournaments, and the unoccupied time between holes, among other factors. Therefore, a professional golfer’s mental headspace is very important to their overall performance.

“It’s difficult to play golf probably more than any other sport if you have other stuff going on externally because there’s so much free time within the game to think about external things. If you’re stressed about that stuff off the course, then it’s going to be a struggle on the course.” – Niall Kearney

Generally, the unoccupied time on the course has created the most challenges for players. This time gives the opportunity for players to think about other things, reflect on poor shots, or just have a lack of focus overall. Even if the player begins to focus during these breaks on his or her own performance, that pressure can affect their game moving forwards. An article in Golf Digest explains that ultimately, “feeling pressure to perform makes performing that much harder” (Dan Rapaport) and that this can come from all the factors previously mentioned.

However, the significance of the mental side of golf may correlate with the level of the player. This significance can grow over time as the golfer’s focus changes. Niall Kearney says that “for somebody who is starting to play golf, the mental side of the game is probably only going to take up about 5% for them because 95% is the actual technical side – learning to swing the club, learning to grip the club, all those sorts of things. The better you get and the less you have to think about technique, the more the mental side plays a big part. So especially for me, it’s probably about 95% of my game overall”. Once a player is able to rely on the technique they’ve learned over time, the mental side becomes increasingly more important.

There is still a stigma surrounding mental health and the challenges that are faced in professional golf. However, in an effort to maintain a clear headspace that will allow for heightened focus, professional golfers have been known to start practicing meditation, breathwork, and other mindfulness exercises.