Insight into The Autumn Nations Series 2021 with Ronan Kelleher 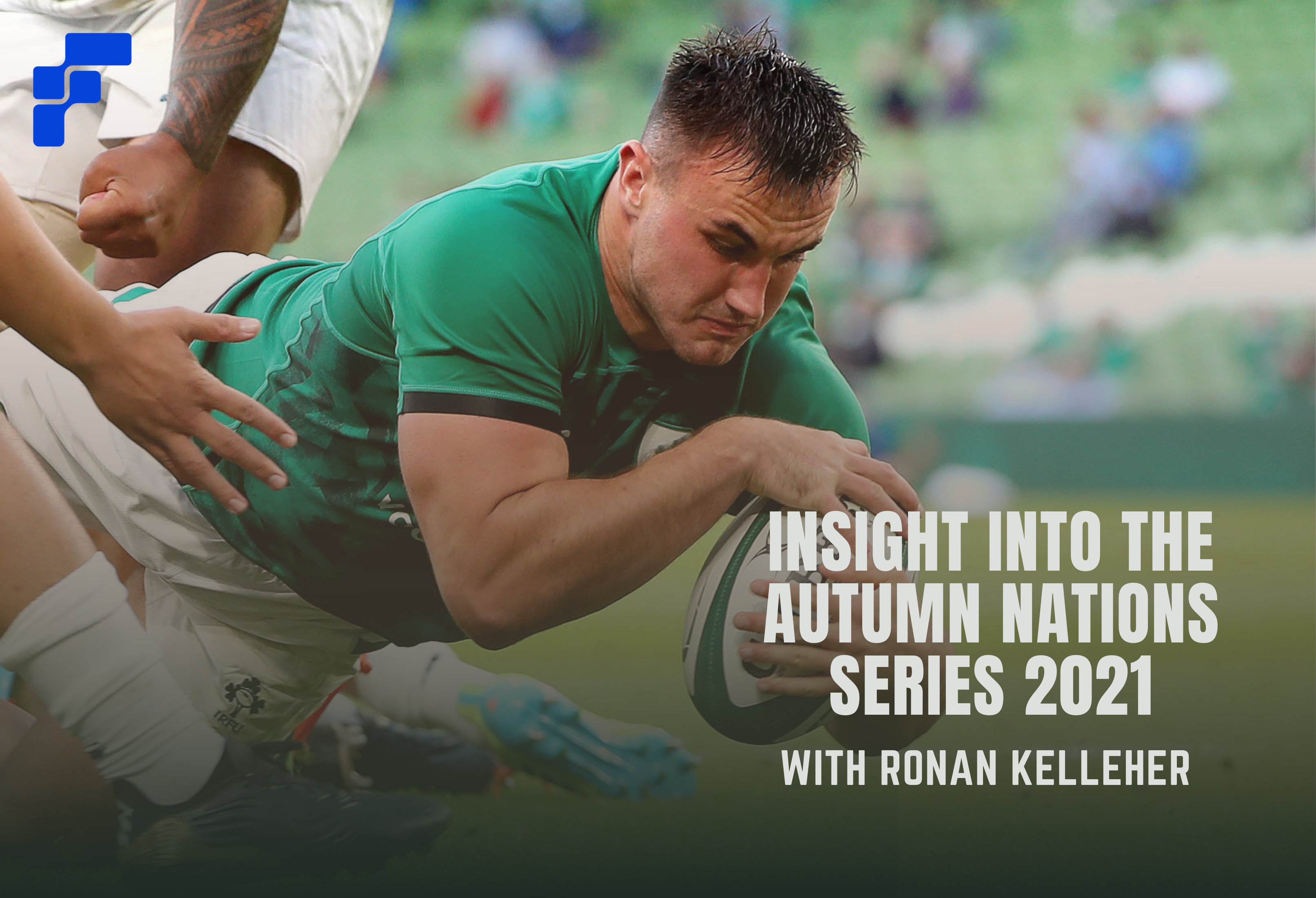 Ireland finished off the year in style with an extremely successful Autumn Nations campaign. Across three weekends, Ireland played Japan, New Zealand and Argentina – winning all three of those matches. Ireland had the opportunity to test themselves against the best, when they played the New Zealand All Blacks. The 29-20 victory was the third victory over the All Blacks in 5 years, a remarkable achievement considering it took Ireland over 100 years to get the first victory. Frontier’s Ronan Kelleher played a pivotal role throughout the series, we spoke to him about his experience.

The atmosphere was great. The group has been together a fair bit now, so we’re really tight. I’ve done a lot of stuff with them. What helps was that we were winning so it was a happy camp that we were going into after each game and luckily, we got the three wins.

How did this year compare to the Autumn Nations last year?

Yeah it was really different. Last year was just a Northern hemisphere competition really so this year we got to play the Southern hemisphere and we got to play the best teams from down there, it was great. The whole mood and the atmosphere was different as well – because of fans back in the stands, I think it was a sell out for the final two games. It was completely different just one year on from going from empty stands. It was kind of a tough mood last year around the place in general, considering sport, just picking back up with no fans. This window kind of lifted the spirit of the country a little bit, I suppose – it was definitely different in that regard. It was brilliant.

What were the key focus points for the team going into the series?

It was that cohesion piece really, more than anything else. We kind of just built on what we’d done in the Six Nations earlier on that year. So we felt like we had a performance coming but we just hadn’t gotten consistency throughout our play. So we felt that it kind of clicked a bit in how we attacked. So we were just a well connected attack and then were playing on the front foot which was a big help for that. So a big focus for us was just about getting more consistent with our game because we’d seen glimpses of what we could do but we didn’t string it altogether until really Autumn Nations, I suppose.

What is the transition like going back into playing with the national team?

Cohesion is pretty much the whole part of it really. You have to very quickly switch into national mode where all the calls are different, you’re expected play different and there’s different things expected from you around the breakdown. So just trying to flip switch quite quickly into national mode and just getting back up to speed with everyone. So that’s what I was saying i think is a big help that the crew has been together now about two, two and a half years, I suppose two years. So it was definitely, i suppose more cohesive anyway.

Which match out of the three was your favourite? Why?

Do you have a favourite moment of the series?

Probably my favourite moment from the series was Johnny’s try against Japan just out of the hundredth cap – for him to get that. For a lot of us who hadn’t played in front of a crowd for the guts of two years – that moment when he crossed the line and scored, I think everyone in the stadium really wished he’d get it there. Then it was just an incredible moment, like everyone in the Stadium flipped the roof off it with the noise. So that was probably my favourite moment of the series – Johnny’s try against Japan.

What was it like chatting with Joe Biden after the All Blacks match? When did you know you were going to speak with him?

It was great! It was a bit surreal to be fair. We’d heard he wanted to chat to us the night before to wish us luck but he got caught up in a meeting or something like that. It was pretty incredible really for him to ring us – it was great, it was a good moment.

What are you looking forward to for this next part of the season?

The European matches coming up – We’ve got Bath this week and Montpellier the week after. It’ll be a massive test for us as a squad – just really looking forward to it to be honest.

We look forward to watching Ronan in both the upcoming Heineken Champions matches as well as the URC!