Insight into Dubai, 100 Tries, and What’s to Come 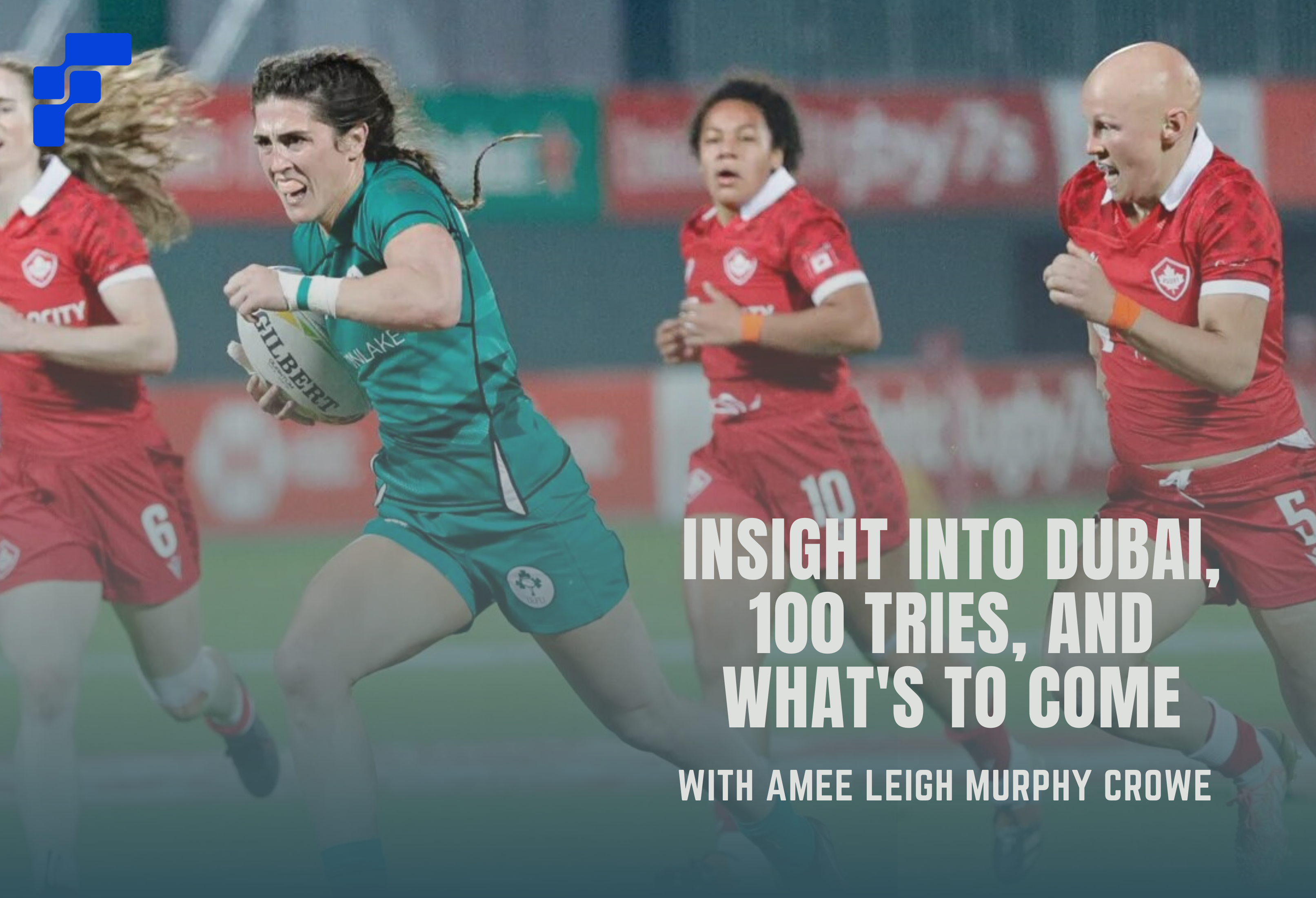 Amee Leigh Murphy Crowe has had a great year which culminated in an outstanding personal achievement of reaching 100 tries in the HSBC World Sevens series, a milestone that only nine other women’s rugby athletes have achieved. However, this is just the tip of the iceberg as women’s rugby prepares for a full on schedule in 2022. For the sevens competitions they are starting the new year with the Spain matches for the HSBC World Sevens Series, aiming to do well in the June qualifier match which would lead to the Rugby World Cup in South Africa in September. Between these competitions, Amee Leigh is also looking towards the 2022 Six Nations with the 15s team in March and April. The amount of competitions next year will provide ample opportunity for further achievements for both Murphy Crowe and the Irish women’s rugby teams.

We had a chat with Amee Leigh to discuss her recent achievement, the tournament experience in Dubai, and the upcoming events in the new year.

The opening leg of the HSBC World Sevens Series occurred in Dubai during the last weekend of November and first of December. Over two weekends, the Ireland women’s team played Fiji, Great Britain, Canada, Russia, Spain, France, and the United States of America.

Amee Leigh acknowledged during the interview that this was their first tournament back on the series in approximately 20 months, so they tried to stay focused and acclimate back into the competition. She said “We hadn’t done a back to back tournament in a long time so doing that was going to be a challenge. We knew getting the recovery right, getting the sleep and the nutrition was going to be the biggest focus for us. But we got all that nailed and then headed into the tournament in a good position.” Amee Leigh said that for her, getting back into the routine of the match day was almost like muscle memory; by sticking to practices she had done many times before, she found it simpler to return to it.

“I focus on the game, the task at hand, I review it immediately after the game and then I move on to the next game. I like to get in a small nap after a game if I can, maybe ten to twenty minutes just to relax and get away from any distracting thoughts that I have going on and get back up for the next game. I think it helps me personally just to defocus and then be able to focus again going forward.”

But with the exception of getting back into the tournament routine, there were differences between the first weekend and the second weekend of the tournament that she discussed as well. The factors she spoke about were the team acclimating to the heat in Dubai as well as being mindful of the pre-tournament Covid testing. When the team first arrived, because of these factors they stayed focused in preparing for the competition, tried to stay hydrated, and look after themselves as best they could so as to make sure they didn’t get sick before the competition.

Towards her own achievement, Amee Leigh expressed that she is immensely grateful for every player she has played with throughout her career because without them, she wouldn’t have been able to reach this milestone. Saying “It was a really nice achievement, I’ve dreamt of it for a long time and obviously with Covid there was a two year, 20 month gap. I suppose I was two off it and thinking about that, it was a long time coming. But I knew that the team would get eventually get me to that milestone. And as I said, I’m just so grateful for them for it.” Although at the time Amee Leigh knew she had successfully reached this goal, she said she had to “park it and move on” because there was still three quarters of the game left.

“Although the tournament overall the first weekend wasn’t a huge success for us, we went back to the drawing board and figured out things that we needed to improve on for the next week. There were things that we still need to improve on even after the tournament, but it’s definitely going in the right direction in terms of our performances. So we were happier about our second weekend, but we do strive for better going forward.”

Finally, we discussed the events occurring in the upcoming year and what the focus is moving forwards. She explained that because the team was happy with how they finished off in Dubai, they are excited to progress that momentum in January during the 7s tournaments in Spain. But she did say that in general “all the tournaments throughout the next six months are going to be a huge factor in getting the right performances that we need to be able to qualify for the World Cup in South Africa next September.” While the qualifier competition will occur in June, they hope to qualify and go to South Africa as she mentioned it’d be an opportunity to put rugby sevens back on the map because the last world cup was back in 2018.

We will be excited to watch Amee Leigh Murphy Crowe in the women’s rugby events in the coming year!